One of the many reasons AWS is such a popular service in the IT industry is because of its availability. While they do offer ridiculously awesome up-time standards their services, the AWS Global Infrastructure can sometimes put limitations to certain services in particular regions throughout the world. This post is going to share a little more information on how the global infrastructure is broken up.

The map you see above is the current AWS Global infrastructure which essentially is a list of AWS data centers that host the available compute, storage, and other AWS services to you and other customers around the globe.

In the image, you will see the blue circles which represent the AWS regions. Currently, there are 21 geographic regions, one local region, and many more currently in development. These regions work together to provide a large footprint of coverage of AWS clients.

Important: One AWS Region contains multiple Availability Zones.
This will be a question on the exam(s). Amazon takes pride in their global reach because most other cloud providers will have regions, however, their region will only consist of one datacenter, thus restricting the availability of data and services.

Amazon currently maintains 64 AZ around the world, and are continuing to develop more. An Availability Zone allows customers to deploy production applications and databases to the cloud with promised availability, fault tolerance, and scalability. This is assured by AWS because each AZ consists of multiple data centers (usually 3), which each consists of hundreds of thousands of servers.

An important fact to note, which may appear on the AWS exams, is that each availability zone is strategically placed miles apart in case of power grid outages or natural disasters but still within 100km (60 miles) from each other. The Availability Zones are all connected with high-bandwidth, low-latency networking over dedicated metro fiber.

Welcome to my blog! Here, you will find various study guide materials for the AWS Certification exams. If you are looking for something specific, be sure to check out the list below which covers free study materials by exam and topic.

How can you stay up-to-date with the best AWS study tips?
By joining this newsletter of course! Every week I will be sharing helpful info and tips that will get you cracking down to pass your AWS certification. 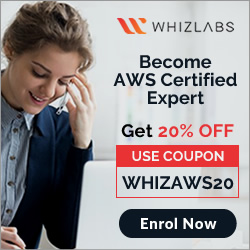